Kapit Kamay: A Donation Drive was a successful program initiated by the CvSU- Trece Martires City Campus Alumni Association started on November 16, 2020. The program aimed to enable our alumni and the community to reach out to those in need, and specifically help the victims of fire and typhoon Ulysses and Rolly in Brgy. Sineguelasan, Bacoor City alongside the onslaught of the pandemic.

After the typhoon Rolly, a fire spread on a residential area in Barangay Sineguelasan at 10:46pm, November 1, 2020 leaving hundreds of families homeless. The fire lasted for hours and was declared out the next day, November 2 at around 1:28 a.m.

On November 22, 2020, the Alumni Association officers and members packed and delivered several bags of relief goods to more than a hundred families in Brgy. Sineguelasan, Bacoor City, who are then staying in the evacuation centers due to the fire that turned their homes to ashes in addition to the the recent typhoons that passed the city. There are a total of (200 packs) distributed to the families which was the consolidated cash and in-kind donations coming from the alumni, faculty and staff, and the community.

"The Alumni Association expresses its gratitude to Ms. Garielle Hope Cariñaga, Ms. Wencie Kathleen Waclyn, Mr. Ezmer Delos Santos, the members, and its officers for the efforts and hard work in contributing for the success of this program" said Judy Ann Ang-og, the association President.

In addition, President Ang-og promises that the association be more active to lend a helping hand not just to its members [alumni] but also to the community where most needs arise during this challenging times.

[Alumni officers together with the recipient of relief goods at Brgy. Sineguelasan, Bacoor City] 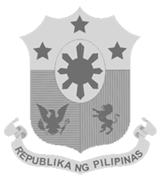